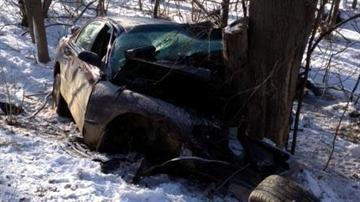 According to the Van Buren County Sheriff’s Department, emergency responders arrived to the 46000 block of Baseline Road in Columbia Township after a car struck a tree.

When emergency responders arrived, the driver was deceased.

The investigation revealed the victim, 38-year-old Timothy Thurston, was driving westbound on Baseline Road and for some unknown reason drove off the side of the road and struck the tree nearly head-on.

Thurston was not wearing his seat belt, according to deputies.