Driver killed in crash on I-94 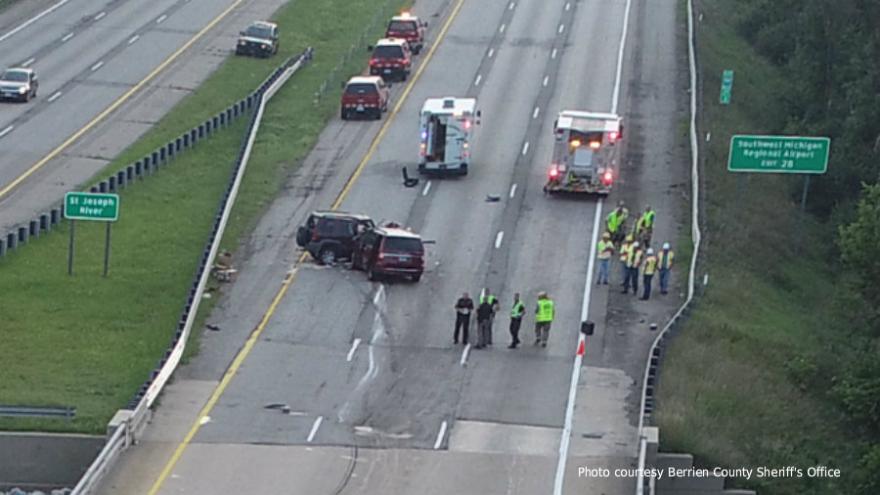 ROYALTON TOWNSHIP, Mich. – A serious crash on I-94 Monday morning resulted in the death of one of the drivers involved.

According the Berrien County Sheriff’s Office, emergency crews responded to the crash on the I-94 bridge over the St. Joseph River near Niles Road around 5:55 a.m.

A 2013 Chrysler van and a 2002 Jeep Liberty were the only vehicles involved.

Deputies say the driver of the van, 56-year-old Myles Ullenbrauck of Illinois, died in the crash.

The driver of the Jeep, 29-year-old Stephen Byers of St. Joseph, was taken to Lakeland Hospital for treatment.

According to deputies, neither driver was wearing a seatbelt.

It is unclear how the crash happened.