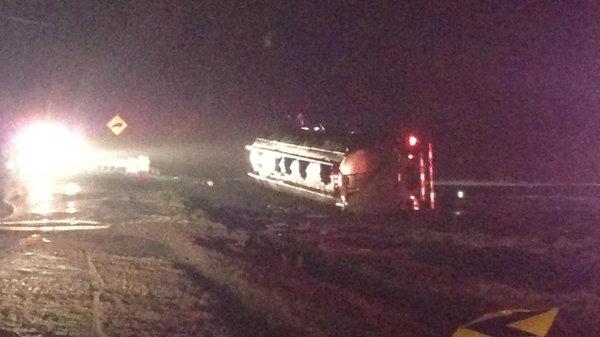 The driver has been identified as 60-year-old Charles Edwards.

Edwards was driving on M60 near Pine Lake in Howard Township when his truck overturned. The Cass County Sheriff's Department says they do not know what caused the vehicle to leave the roadway.

When the tanker overturned, gasoline began leaking out.

The Howard Township Fire Department responded, along with the SMACS ambulance. Deputies assisted with the evacuation while firefighters worked to make the scene as safe as possible.