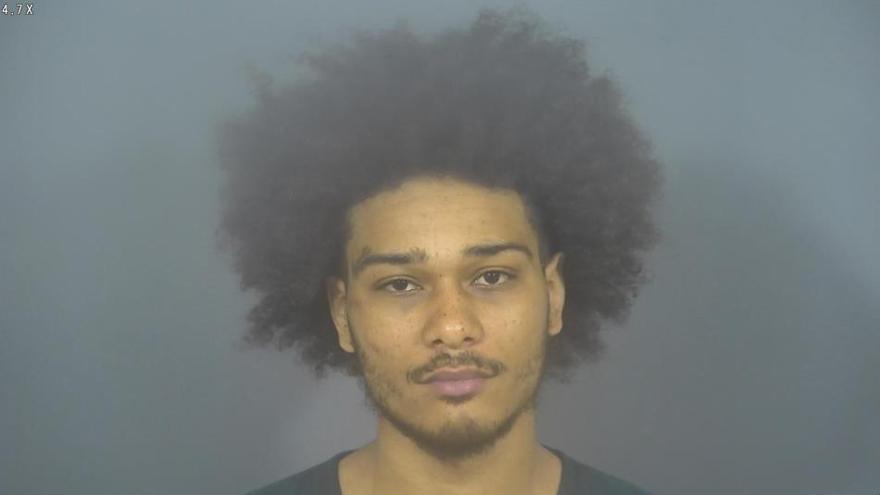 MISHAWAKA, Ind. -- A driver was arrested after leading Mishawaka Police on a pursuit after failing to stop for an officer attempting to conduct a traffic stop, according to court records.

On Monday, a Mishawaka Police officer spotted a Chevrolet Monte Carlo with a paper license plate in the area of 4th and Main streets. When running the license plate, the officer learned the plate was registered to a white Chevrolet Malibu, reports said.

The officer turned on his lights to conduct a traffic stop as the vehicle pulled into a parking spot on Main Street.

The driver, later identified as Alvin Lee Carter Jr, pulled out of his parking spot and drove southbound on Main Street, reports said.

The Monte Carlo sped through multiple stop signs, fishtailed near 3rd and Taylor Streets, and crashed near 3rd and Smith streets, according to the probable cause affidavit.

Carter jumped from the driver's side window and ran behind a house, crossed Lincolnway and fell in a parking lot, reports said.

Carter continued moving around even though the officer told him to stay still, and complained of leg pain, reports said.

When backup officers arrived on scene, Carter got up and ran westbound on Lincolnway, according to the probable cause affidavit.

Officers caught Carter and took him into custody.

When the vehicle was impounded, police located a 9 mm handgun in the floorboard, two clear plastic baggies of suspected marijuana and 17 pills identified by police as oxycodone, reports said.