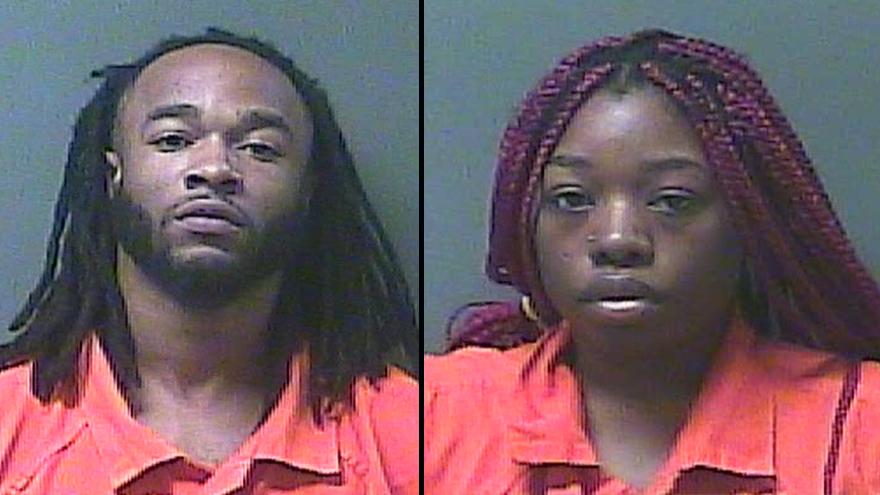 Two people were arrested on drug and weapons charges following a traffic stop on US 20, according to the La Porte County Sheriff's Office.

A deputy traveling westbound on US 20 saw a Ford suddenly brake and pull over onto the shoulder without signaling, reports said.

When the deputy conducted a search of the license plate, he discovered the registration was false and fictitious, reports said.

The deputy followed the vehicle and conducted a traffic stop in the 5300 block of Range Road.

During the traffic stop, deputies located two firearms and illegal drugs, according to the sheriff's office.

The passenger, 26-year-old Jasmier Logan, was taken into custody on preliminary charges of possession of cocaine and possession of a firearm without a permit.