Driver seriously injured in crash on US12 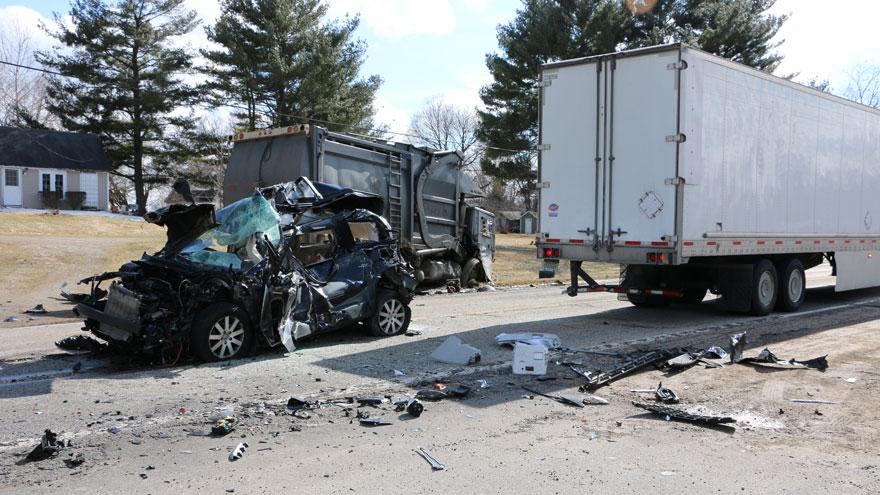 BERTRAND TOWNSHIP, Mich. -- One person was seriously injured in a crash on US 12 involving a semi, garbage truck and a minivan Tuesday afternoon.

The investigation revealed 56-year-old Arnold Lancaster had stopped his minivan in the westbound lanes of US12 behind a semi that was also stopped because of a garbage truck that was conducting roadside pickup, according to the Berrien County Sheriff's Department.

A second garbage truck didn't see the stopped traffic and swerved to avoid a collision. When the driver swerved, the garbage truck struck the driver's side of Lancaster's vehicle and pushed it into the rear of the semi.

Niles Township Fire used the jaws of life to extricate Lancaster from his vehicle.

Lancaster was transported via helicopter to Memorial Hospital in South Bend.

Lancaster's injuries were described as serious, but not life threatening.

Deputies say speed, alcohol and drugs are not believed to be a factor in the crash.