Drivers injured in head-on crash on US6 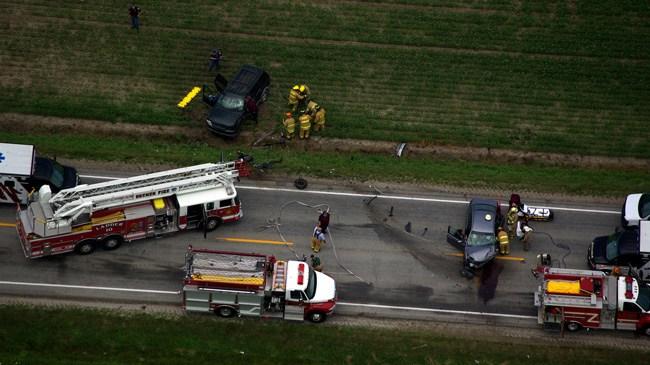 Two drivers were injured in a head-on collision on US6 east of Beech Road just after 3 p.m. Monday.

Indiana State Police responded to the scene of the two vehicle crash.

Police say Francis Pugh, 77, was driving eastbound on US6 and drove left of center for an unknown reason. His vehicle then struck the front driver's side of an SUV driven by 45-year-old Vassiliy Rematchik.

Both drivers had to be extricated from their vehicles.

Pugh was airlifted to Memorial Hospital in South Bend.

The accident remains under investigation at this time by the Indiana State Police.

Police say neither drugs nor alcohol appear to be a factor in the crash.