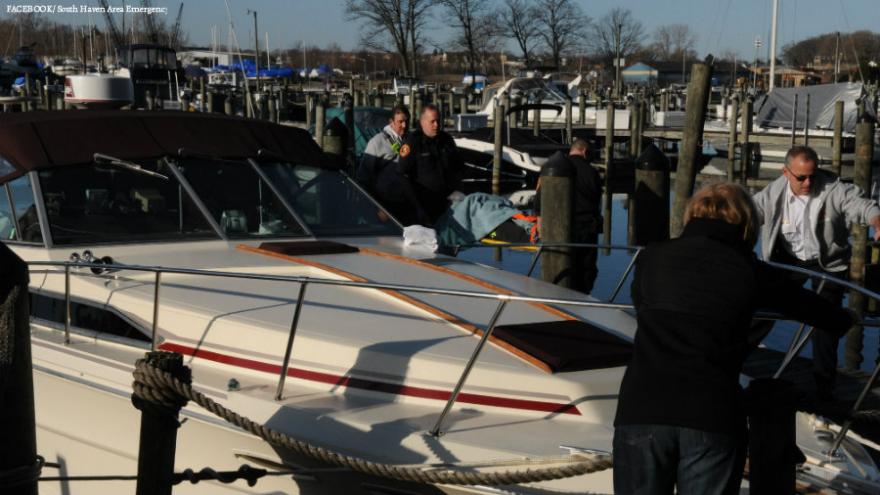 SOUTH HAVEN, Mich. – A woman saved her husband’s life by calling for help on her Apple Watch as she held his head up from 42 degree water Monday morning.

South Haven Area Emergency Services were dispatched to the River Norie Yacht Club for a report of a man struggling in the Black River.

The man fell into the water as he exited his boat, according to officials.

The man’s wife threw a life ring to him and pulled him to the boat, but she was unable to get him out of the water.

The man was barely able to move because of the extreme cold, so his woman held his head above the water.

His fast acting wife called 911 from her Apple Watch.

Officials said if she let go of the man to get her phone to call, her husband would have drowned.

A South Haven fire lieutenant and area officers raced to the dock to pull the man from the water.

The man was able to talk with the rescuers after they pulled him out of the water. He was transported to Bronson South Haven emergency room.