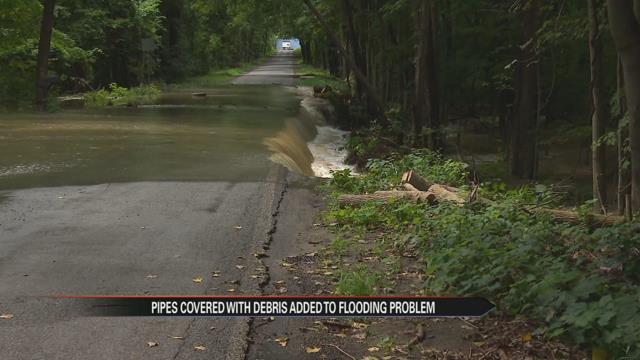 Many have been asking about what factors lead to the horrible flooding Monday night.

On the south side of South Bend, areas including East Ewing Avenue, South Michigan Street, South Ironwood Road, and Miami Street were hit the hardest.

City officials say the dry soil and rain combo lead to the flooding.

As the rain came, the water flowed towards the St. Joseph River and the creeks that flow into the river backed up from debris and garbage, which made the flooding worse.

"A lot of water running off [steep slopes] it just doesn't have anywhere to go. There is not enough capacity. They took the creeks and took them underground. They put pipes underground to carry the flow. They're smaller than what the creek cross section is so you're basically trying to take all this water and shove it in a tiny hole.” says Eric Horvath with the Department of Public Works.

Horvath says if the river was at a normal level, there would have been even more flooding.