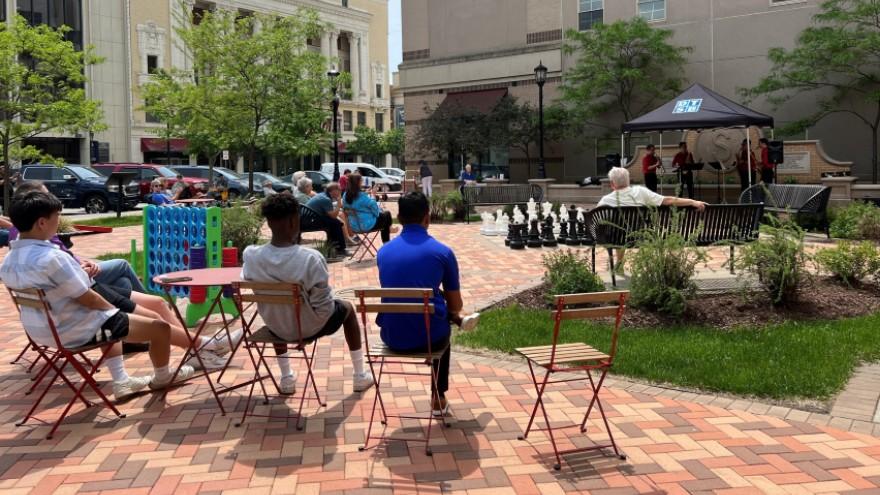 Getting its name from the red tables and chairs provided for attendees, the series gives community members the opportunity to enjoy free lunches outdoors while enjoying live music performed by local artists. The series is a fundraiser for the Music Village, a non-profit music school and art alliance in DTSB.

This year’s concert series will also feature games such as cornhole, giant chess, sidewalk chalk and giant Connect 4 for each day it is held.

Those in attendance can get their lunch from a downtown restaurant, bring their own, or choose from a selection of food trucks featured this summer. Food truck offerings this year include Smothered & Covered on Mondays and the Hacienda Tattoo Taco Truck on Tuesdays and Thursdays.

Every week is rounded off with Fridays by the Fountains, transporting the concert series to the Morris Performing Arts Center’s Jon Hunt Plaza.

The schedule for events is as follows:

For more information including a lineup of musicians featured in the series, you can visit the DTSB website or call Downtown South Bend, Inc. at 574-282-1110.