Dylann Roof: 'There's nothing wrong with me psychologically' 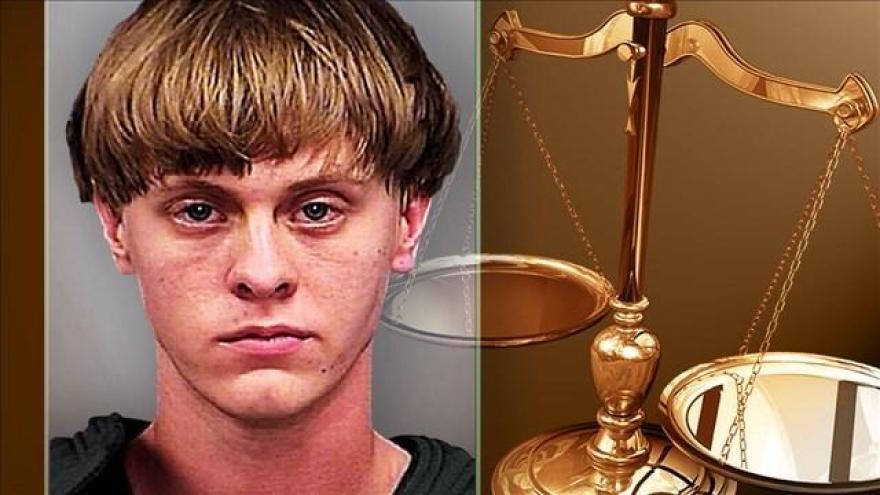 CHARLESTON, South Carolina (CNN) -- Convicted Charleston church shooter Dylann Roof began making his case in court Wednesday, addressing jurors for the first time as they weigh whether to give him a death sentence.

"There's nothing wrong with me psychologically," Roof said during his brief opening statement.

Three people who'd been sitting in the section of the courtroom reserved for friends and family of the victims walked out while Roof spoke. One said, "This is all crap," as he left.

Roof, wearing a gray knit sweater and speaking so softly that people in the courtroom strained to hear him, told jurors to disregard the arguments his attorneys made in the earlier phase of the trial.

"Anything you heard from my lawyers in the last phase, I ask you to forget it," he said. "That's the last thing."

Now the white supremacist who killed nine people at the historically black church is representing himself in court as the jury decides whether he will face life in prison or the death penalty.

Assistant US Attorney Nathan Williams argued Wednesday that a number of factors show Roof deserves a death sentence. Among them: the avowed white supremacist's motive, his lack of remorse and the shooting's impact on the victims' families.

"The defendant didn't stop after shooting one or four or five people. That's why this case is worse," Williams said. "He killed because of the color of their skin. He thought they were less as people. He wanted to magnify and incite violence."

The prosecutor presented new evidence, including a jailhouse journal that he said was written six weeks after Roof's arrest.

The journal entry echoes racist statements from Roof that prosecutors presented earlier in the trial.

But the jailhouse writings reveal something significant, Williams argued.

Roof, the prosecutor said, is capable of remorse -- but felt none for his crimes.

Also on Wednesday, the jury began hearing from people who lost relatives or friends in the massacre.

Jennifer Pinckney, widow of the Rev. Clementa Pinckney, was in a nearby room with a daughter when the shooting occurred. She testified about her relationship with her husband and about the shooting.

When police arrived, a female officer told the daughter they were going to play a game, Pinckney said. The officer encouraged the girl to put her head on her shoulder and keep her eyes closed.

But Jennifer Pinckey was unable to avoid catching a glimpse of the scene. She said she was walking to the door when she saw blood on the floor.

"I felt sick," she said. "I leaned over and they rushed me out."

She believes she survived to continue her husband's legacy.

"He did so much. And he was so many things to so many people," she said.

Some of the most emotional testimony came from the Rev. Anthony Thompson, whose wife, Myra, was killed.

"Gone. What am I here for if she's gone? There's nothing left for me to do now. The person I live for is gone," he said before only his weeping could be heard in the courtroom.

At one point, Roof objected to non-family members testifying, saying too many people were speaking. The judge denied his objection.

Some family members of victims have appeared torn over whether Roof should be sentenced to death.

Roof also is scheduled to be tried on state murder charges, for which he could also be sentenced to death.

Only three federal inmates have been executed in the United States since the federal death penalty was reinstated in 1988 after a 16-year moratorium:

• Juan Raul Garza on June 19, 2001, eight years after he was convicted of running a marijuana drug ring and killing three people.

Boston Marathon bomber Dzhokhar Tsarnaev was the last person to get a federal death sentence. He's one of 62 federal prisoners awaiting execution, according to the Death Penalty Information Center, a Washington-based nonprofit.