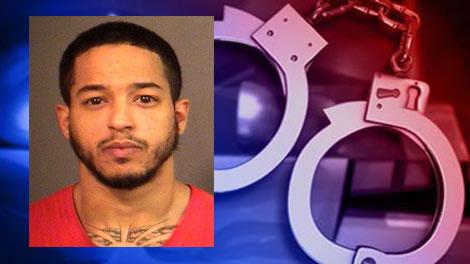 South Bend Police responded to a domestic dispute just before 3 a.m. Monday at a home in the 1700 block of North Brookfield Street in South Bend.

When officers arrived they located woman who said she left the house after a dispute with her boyfriend but her children were still inside the house.

The boyfriend is not the father of the children.

The woman also told police there was a weapon in the house.

Officers attempted to get the suspect, later identified as Cleophus Newman, to exit the home, according to police.

Newman surrendered and was taken into custody, police said.

The children were reunited with their mother.

Newman has been charged with domestic battery, intimidation, two counts of criminal confinement and resisting law enforcement. He was also wanted on an outstanding arrest warrant.