Eastern Aleppo 'could be destroyed in months', UN envoy warns 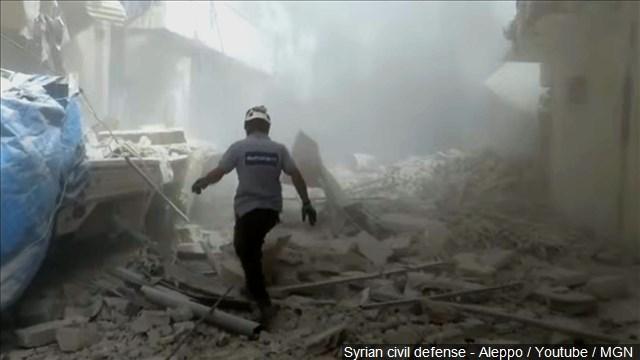 (CNN) -- On the day a senior United Nations envoy warned that Aleppo could be destroyed within months, France began a new round of diplomatic wrangling to bring an end to the humanitarian crisis in the besieged Syrian city.

French officials submitted a draft resolution to the UN Security Council Thursday for an end to hostilities.

The UN said at least 376 people had been killed in Aleppo in the past two weeks, and 1,266 injured.

UN Special Envoy for Syria Staffan de Mistura said these figures were only from medical facilities, and that the real figure was likely to be much higher.

He also warned that if attacks continued at the current rate, Aleppo "may be totally destroyed" in the next couple of months.

"We are talking about the whole city," he said.

"The reality is ... at this rate unless there is any major game-changer ... the cruel, constant use of military (acts) -- bombing, fighting, destruction -- in Aleppo will continue. Let's be honest," Mistura said.

Jan Egeland, head of the UN-backed humanitarian task force for Syria, said the 275,000 people trapped in Aleppo must be added to the list of people living in besieged areas in Syria.

"861,000 Syrians are now besieged, meaning full military encirclement, no humanitarian supplies going in and no freedom of civilians to go in or out," he said.

"It is illegal under international law and is the reality of 861,000 Syrians."

He added that the number had increased by almost 400,000 since February.

Jean-Marc Ayrault, France's Minister of Foreign Affairs, said in a joint press conference in Moscow with his Russian counterpart, Sergey Lavrov, that the "situation is grave and serious" in Aleppo.

Lavrov said Russia was "ready to work" on the French resolution as long as it doesn't contradict any other UN resolutions or US-Russia ceasefire agreements.

According to Ayrault the resolution would lead to the " the immediate halt of the airstrikes, and second, the immediate access of the civilians to humanitarian aid, as they have been desperate for aid for months."

Regime forces took a key part of the rebel-held eastern part of the city on Thursday after weeks of bombardment, gaining control of part of Bustan al-Basha, Syrian state media and a UK-based monitoring group said.

The district is located on the front line between rebel-held eastern Aleppo and government-held areas in the center and west of the city. It is the first time the government has made gains in that neighborhood since losing the area to rebels three years ago, the London-based Syrian Observatory for Human Rights reported.

The Assad regime has long warned that it will retake the whole of the northern city that has become the epicenter of Syria's devastating five-year civil war. The regime already controls some parts of the city, mostly in the west.

Propped up by Russian airpower, the Syrian regime has pounded rebel-held eastern Aleppo since it took the area under siege in July, cutting the population off from essential food, medical and fuel supplies.

Many Aleppo residents have told CNN correspondents who visited earlier this year that they were hesitant to use corridors open for their evacuation, saying they had heard horror stories of people fleeing other cities through corridors and never being seen again.