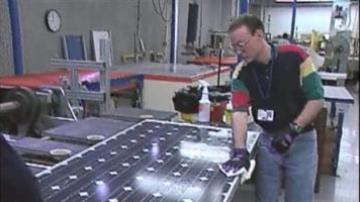 We can expect weak job creation when the government numbers are released Friday.

Economists are blaming everything from Superstorm Sandy, to worries over the fiscal cliff.

That's still three weeks away, but the economy may have already taken a hit. Economists predict the government's monthly jobs report will show employers added fewer than 100,000 workers in November.

That would be far below the 171,000 jobs created in October.