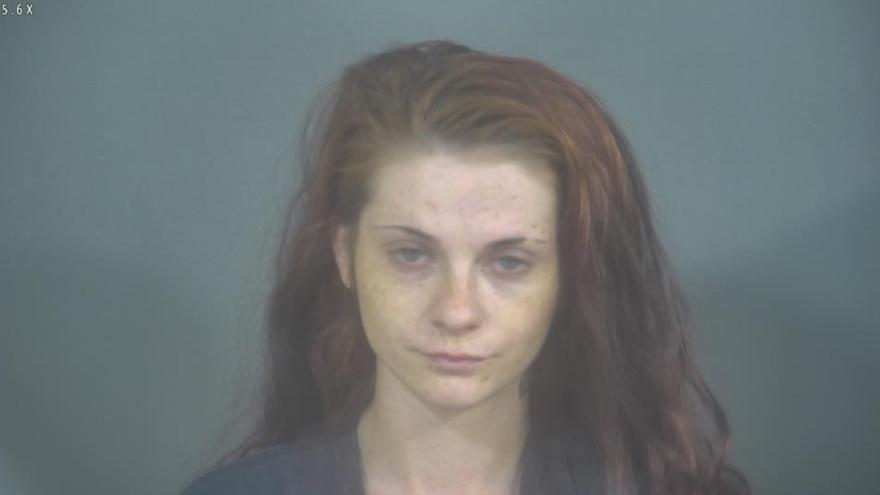 ST. JOSEPH COUNTY, Ind. – A woman who was accused of burglarizing a business on Eddy Street on Monday was a frequent customer at the store, according to the probable cause affidavit.

While watching surveillance video of the incident, the owner of the Eddy Street Food Mart recognized 20-year-old Desiree Peppers as a frequent customer.

The South Bend Police Department was called to the food mart on Monday for the burglary.

When officers got to the scene, they discovered a broken front window and a trail of blood throughout the store to the back-door handle.

When the business owner identified the woman in the video as Peppers, officers went to her last known address in the 900 block of Patty Lane.

Officers found a vehicle parked in front of the residence that had dried blood on the steering wheel and the driver’s side door handle.

When officers knocked on the door, they spoke with Peppers’ mom. Her mom allegedly wouldn’t let officers into the house.

Officers then applied for and got a search warrant for the home and found Peppers inside.

Peppers was wearing a red jacket similar to the one the alleged burglar was wearing, according to reports.

In Peppers’ room, officers found merchandise that belonged to the Eddy Street Food Mart, police said. Some of the items were still in their original packaging.

Peppers told officers the people at the food mart took her food stamp card and she needed it back, reports said.

An officer noticed Peppers’ fingers were wrapped in some type of bandage.

Peppers was taken to the St. Joseph County Jail and told an officer the red jacket wasn’t the one she used to break into the food mart, according to the probable cause affidavit.

Police returned $200 worth of merchandise to the food mart.

Peppers was formally charged with one count of burglary.