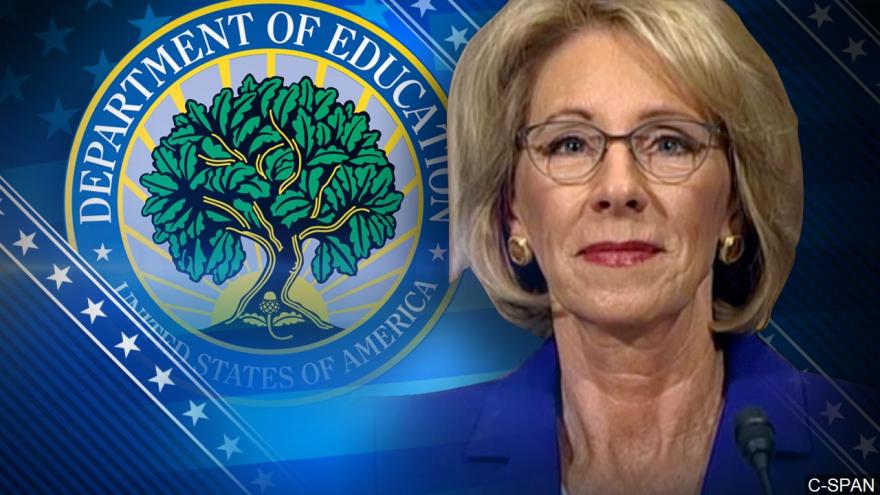 Education Secretary Betsy DeVos announced earlier this month that her department was concerned that previous guidance denied proper due process to those accused.

As part of the interim guidance, the department released a Q&A outlining recommendations on how schools should respond, including guidance on what schools are obligated to do in response to allegations and their flexibility in establishing their own procedures.

The administration is formally withdrawing the Obama administration's "dear colleague letter" that some, including DeVos, have criticized for going too far. The standard for proof has been raised for school disciplinary proceedings in some instances, as different schools have different policies.

One aspect of the Obama-era guidance that remains is the responsibility of the school to investigate, rather than leave the matter to law enforcement.

"The withdrawn documents ignored notice and comment requirements, created a system that lacked basic elements of due process and failed to ensure fundamental fairness," a Department of Education statement reads.

"This interim guidance will help schools as they work to combat sexual misconduct and will treat all students fairly," DeVos said in a release. "Schools must continue to confront these horrific crimes and behaviors head-on. There will be no more sweeping them under the rug. But the process also must be fair and impartial, giving everyone more confidence in its outcomes."

But advocates, including former Vice President Joe Biden, have sounded raised concerns about any changes. Biden reacted to DeVos' earlier comments on the issue saying, "any change that weakens Title IX protections will be devastating."

Title IX is a federal law that prohibits discrimination based on sex for schools and programs that receive federal funding, including protection from sexual harassment.