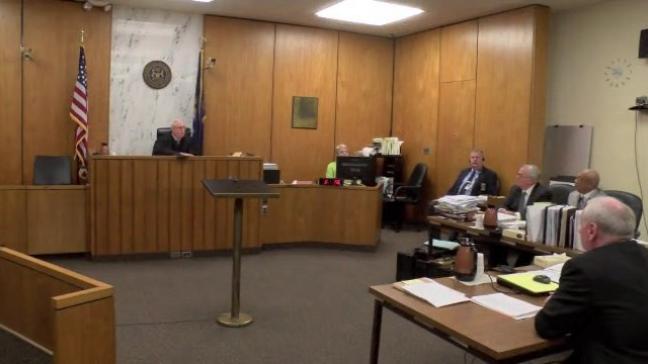 In order for the petition Pinkney and others circulated to be in good standing and lead to a recall election, they needed 393 valid signatures.

One of the questions in this case is whether or not dates were changed on some of the signatures. All signatures must be gathered within 60 days of submission.

Monday, Berrien County Prosecutor Mike Sepic called more than 8 people to the stand—most of whom circulated the petition and collected signatures from the community.

The witnesses were asked to look at the petition and explain why some dates appeared to have been changed.

All petition circulators that were called to the stand by Sepic said any changes that were made to the petition were made by the person who was signing their name, at the time they were signing it.

The prosecution also asked each witness about how closely they worked with Pinkney and how well they knew him. They were asked about Pinkney's political beliefs, his thoughts on the company, Whirlpool, and his stance in the community and as an activist.

Judge Sterling Schrock stated that all these questions were allowed to be asked because they could speak to Pinkney's motive.
While court was in recess, Pinkney spoke to ABC57.

“I'm very comfortable being in court today.  I know that prosecution does not have any evidence that I did anything," said Pinkney.

Pinkney said he will take the stand and testify.

Tuesday, the prosecution is expected to call the Berrien County Clerk to the stand.