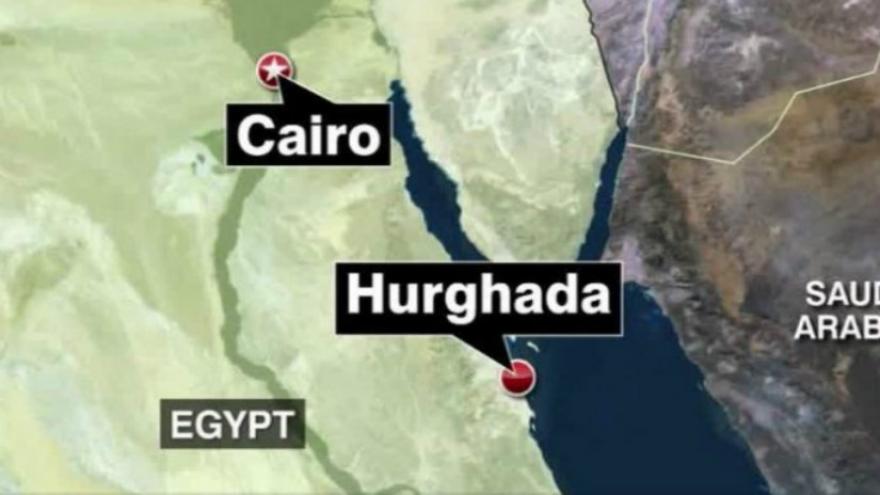 Al-Ahram initially reported that the two slain tourists were Ukrainian. However, Ukrainian Foreign Ministry official Vasyl Kyrylych told CNN that this is not the case, citing what police told his country's embassy in Egypt. As of Friday night, no further details on the victims were available.

An assailant with a knife attacked six female tourists in a beach resort area of the town, Egypt's Interior Ministry said earlier about the incident.

A suspect has been arrested, and victims were taken to a hospital, the ministry said.

Investigators believe the attacker swam from a public beach, according to the ministry.

No names were released, and details about a motive for the attack or the injured victims' conditions weren't available.

Friday's attack comes more than a year after a similar attack in the same town. In January 2016, two men injured at least three European tourists in a stabbing at a hotel, authorities said then.

CNN's Tuqa Khalid in Dubai, Victoria Butenko in Kiev and Hamdi Alkhshali in Atlanta contributed to this report.