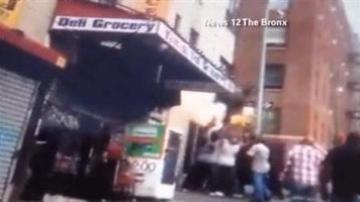 NEW YORK – Some dramatic home video out of the Bronx captures an elderly man who made a jump from his New York City apartment.

The 72-year-old’s was on fire and the only way out was to jump into the arms of some good Samaritans three stories below.

After that jump he only had minor injuries. His apartment however had some serious damage.