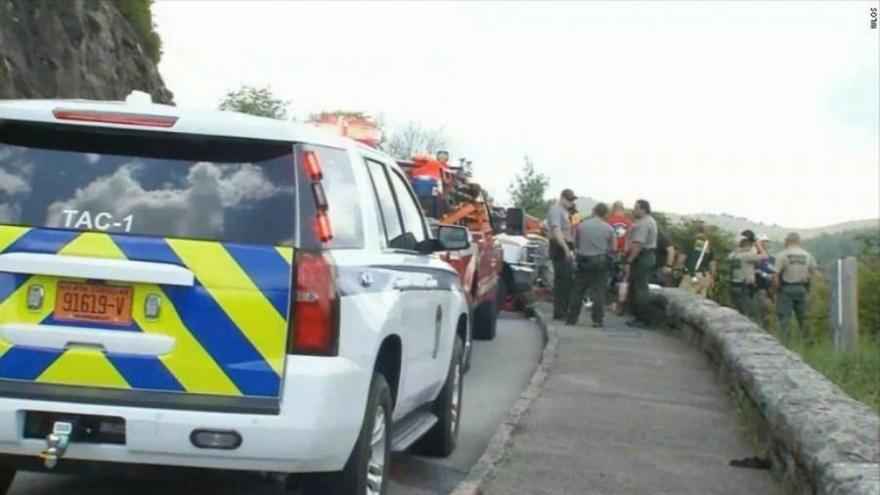 (CNN) -- An elderly woman's body was recovered after a fall off a Blue Ridge Parkway overlook, authorities said.

The victim, identified by Parkway officials as Nancy Ann Martin, 83, died after falling off the East Fork Overlook on Friday.

Martin apparently climbed over the barrier wall and fell over the edge of the overlook in western North Carolina, rescue officials told CNN affiliate WLOS.

It's unclear why or how Martin went over the barrier and the cause of the accident is under investigation. Officials say her companion called 911 to report the fall.

Her body was recovered about 150 feet down a steep rock face, said Greg Shuping, the director fo Haywood County Emergency Management Director said. Rescuers had to rappel down the mountain to reach the body.

The overlook, at an altitude of 4,955 feet, is near Asheville in the Pisgah National Forest.

"We ask folks is to stay on the paved parkways, the overlooks, as well as on the trails that are named trails, that have signage," Shuping told WLOS.