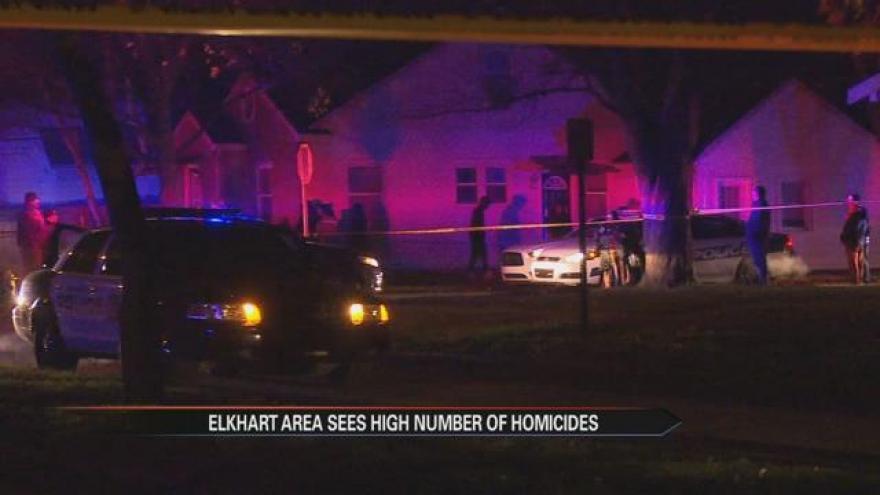 The shooting death of Norman Gary in Elkhart on Sunday marks the sixteenth homicide the city has seen this year. We mapped out where the homicides happened and found out many of them occurred in the same area.

Of the sixteen people killed this year in twelve different incidents, five of them happened in the city's 4th District.

District 4 Councilman Dwight Fish says he’s working to figure out why his district is seeing more crime and how to fix it.

“This has got to stop. All of our citizens matter to me and now I’m up against it,” said Fish.

Councilman Fish attributes most of the crime to people moving into the city from out of town.

“Be that as it may, we still have to solve this so we need get ahead of that sort of thing,” said Fish.

“It doesn’t matter what district it happened in. If you’re concerned about the city you go and do what you can to go out and help no matter where there’s crime,” said District 5 Councilman Brent Curry.

Councilman Fish says he will be meeting Wednesday morning with Mayor Tim Neese and the police chief to discuss solutions.