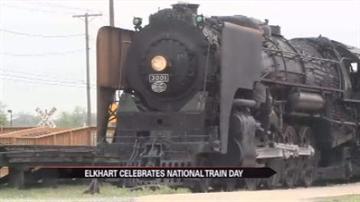 All across the United States people took time to learn about railroad history.

In Elkhart, folks gathered at the New York Central Railroad Museum. In its heyday, more than 5,000 people were employed at the Elkhart station.

"It isn't just a matter of a particular type of locomotive, or one or two things, it's really a lot of different things that are interesting," said Richard Bowers, volunteer with Train Museum.