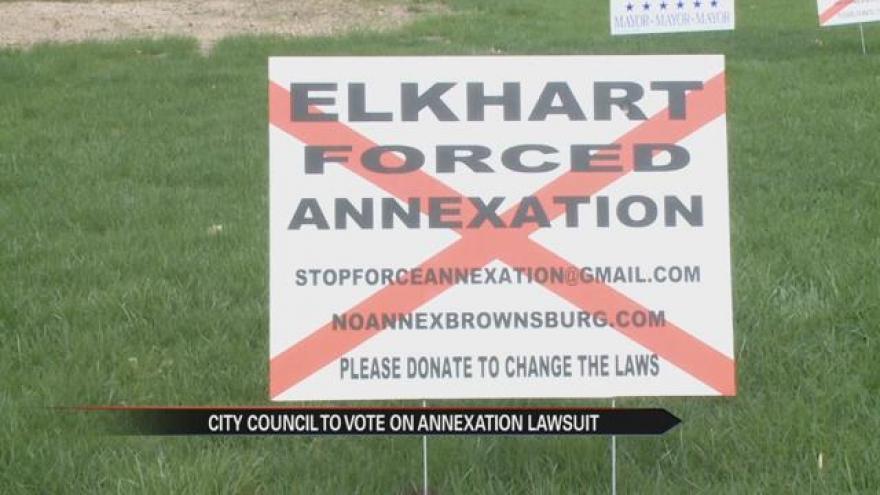 Tensions between the city of Elkhart and property owners could be resolved tonight nearly two years after lawsuits were filed to fight the city’s annexation efforts.

Tonight, they will discuss area 6, which is the last of the three lawsuits filed in 2014. Property owners filed three lawsuits back in 2014 fighting the city’s desire to annex 12 areas into city limits.

If the settlement passes, the area set to be annexed will be reduced from 311.8 acres to 229.5 acres.

The area 7 lawsuit was resolved in February with the council approving annexation, but the area 8 lawsuit that was settled last year agreed that Elkhart will not annex any residences for 20 years.