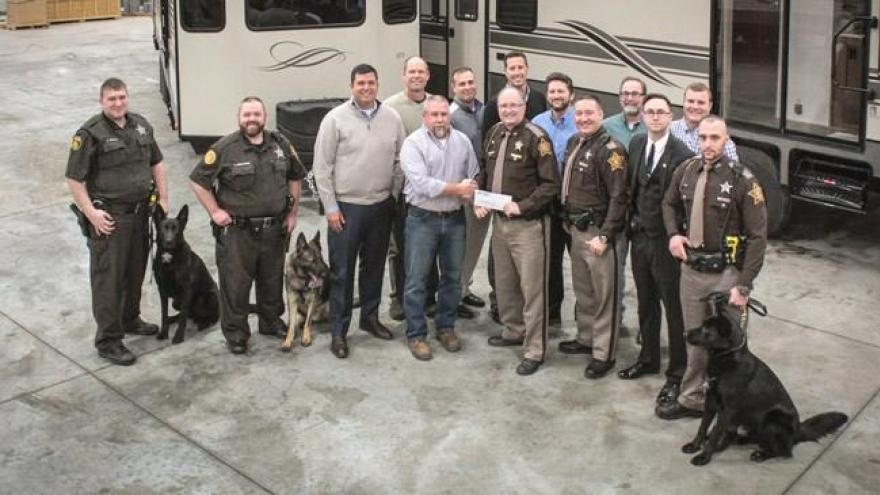 The Elkhart County Sheriff's Department announced it has received a $10,000 donation from Keystone RV Company. The funds will be used for another K9 as well as equipment for the K9 unit.

“Our law enforcement needs all the tools they can possible get. They do great things as they protect and serve. As a leader in our community we at Keystone RV feel we should step up and help," said Matt Zimmerman, Keystone RV Company CEO, in a press release.

The sheriff's department has three K9s. Two work in corrections and one works in patrol.

“This is not something we budget for, so we do count on local companies and partners in the community to provide this service, so it’s really encouraging for the Sheriff’s office to receive this today," Sheriff Brad Rogers said in a press release.

The K9s are trained to find illegal substances on a person, in a vehicle or in and around buildings, the sheriff's department said.

They are also used to track human scent, which is helpful in tracking a suspect or a missing child, deputies said.

The Elkhart County Sheriff's Department said it is thankful for the donations that help them continue the program.