Elkhart company to shut down Friday 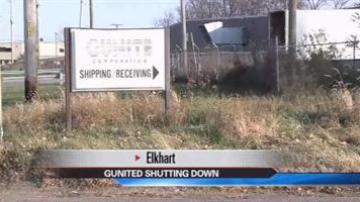 ELKHART COUNTY, Ind. -- A long time manufacturer in Elkhart is stopping production and closing its doors Friday. Initially Gunite announced it would be closing its doors in 2013, but the closure was moved up to the end of November.

Gunite’s parent company has shifted its manufacturing duties to other plants with other companies it owns in order to cut costs.

The company reached agreements with employees that stayed through the closing. They are eligible for bonus pay if they meet certain criteria based on attendance, safety and quality of work.

Employees who found other jobs volunteered to be laid off early.

Others are taking advantage of trade adjustment assistance which was awarded by the government.

That assistance is helping train them to be more marketable.

The remaining employees have also had opportunities over the last few months to participate in workshops on resume writing, interview techniques, and other job seeking skills.
The company's third quarter segment sales are down nearly $14 million, that's more than 20 percent in sales from the third quarter of last year.