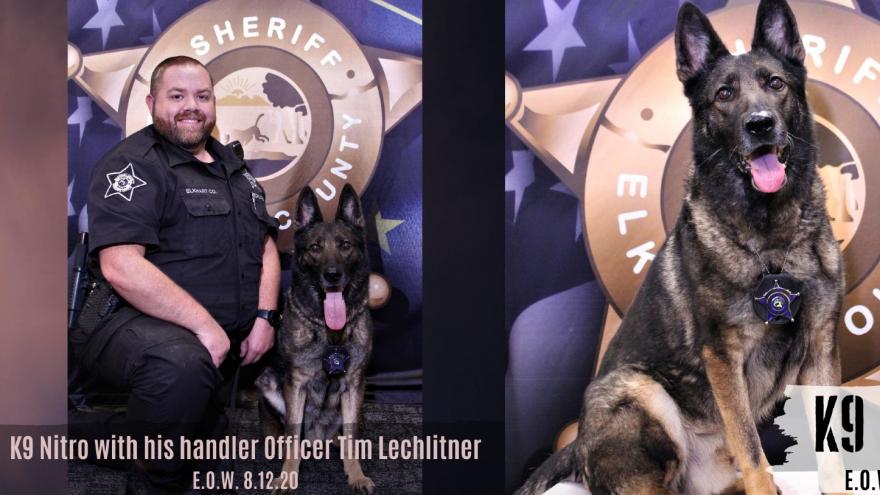 ELKHART COUNTY, Ind. – The Elkhart County Sheriff’s Office is mourning the death of Nitro – a former K9 unit that served the County Sheriff for eight years.

Nitro was trained in narcotics, tobacco, and synthetic marijuana detection.

Nitro was recently involved in searches of anyone entering the Elkhart County Jail to prevent substances and contraband from being smuggled in.

“Nitro served Elkhart County Sheriff’s Office proudly and was always excited to go to work. He loved his tennis ball and had it in his mouth until his last breath,” Officer Tim Lechlitner said, who worked with Nitro for the entire 8 years.