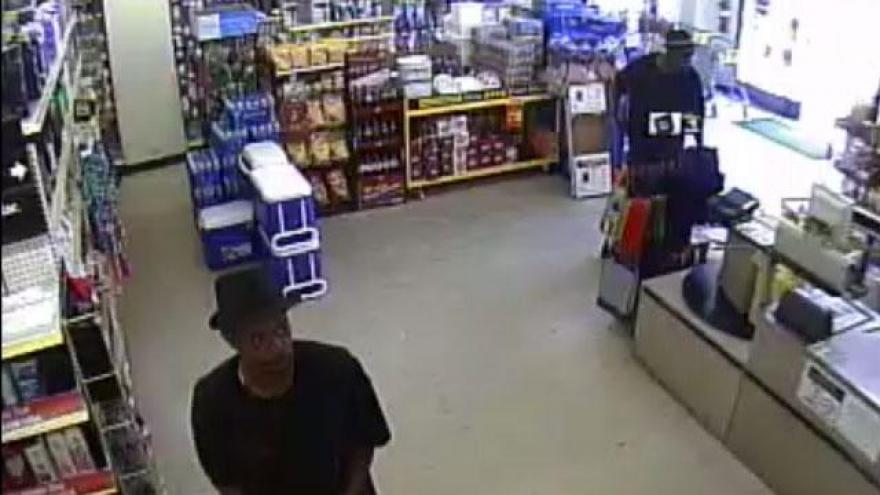 Elkhart Police have arrested one suspect in the July 11 robbery at the Dollar General store on Toledo Road.

The employee told police she was working when two men entered the store just after noon.

The two men approached the cash register and one of them pulled out a knife and demanded money, police said.

One suspect took cash from the register and left, according to reports.

The other suspect made the employee go to the office and took money belonging to an employee, police said.

There were two employees and one customer at the time of the robbery. No one was injured.

One of the suspects was arrested on Wednesday, August 17. Eddie Bates, 49, was charged with one count of robbery.

If you have any information on the identity of the other suspect, identified as Suspect 2 in the photos, contact Detective Scott Johnson at 574-389-4740.