Elkhart Police body cameras sent back to manufacturer due to issues 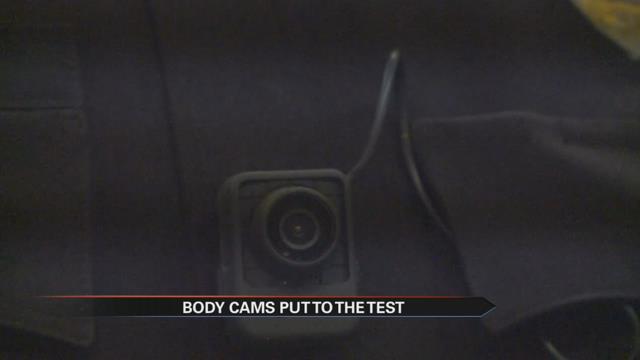 According to an Elkhart City leader, some of the cameras that were finally handed out to all police officers in October aren’t working and they’ve been pulled from the streets.

This brand new information comes after that deadly police-involved shooting early Sunday morning. Investigators revealed one officer’s body cam didn’t work during the chaos and the other officer didn’t have one on at all.

ABC57’s Diana Gutierrez talked to Councilman Brian Dickerson, who said some cameras were sent back to the manufacturer, Digital Ally.

Right now, the exact amount of cameras isn’t confirmed. Dickerson said he had a conversation with the Chief of Police on Thursday morning and he learned some body cameras are having connectivity issues.

“Their radios are turning those cameras on and off unexpectedly. They have cameras that are losing connectivity with their battery packs,” said Dickerson.

“This is one of those prices that you pay when you buy a new product that has not been tested,” said Dickerson.

He says the  idea behind Elkhart’s body camera program is less than a year old and takes the blame for the body cams not working because he says he knew issues were bound to happen.

“If you want someone to blame, blame me, the City Council. Don’t blame Elkhart Police. They can only utilize the tools that they’re given and we have given them tools that simply do not function,” said Dickerson.

The reason why one officer was not wearing a camera and why the other camera wasn’t working is unclear at this point in the investigation, but Dickerson says he has faith in Elkhart PD.

“The two officers involved I’ve met personally I think they’re fantastic officers and I believe in the entire Elkhart police department to perform their functions appropriately,” he said.

Dickerson told ABC57 if the people of Elkhart still want body cameras, that may take more money in order to get better cameras to their officers. Plus they need to take a closer look at the manufacturer to determine what the problem is with the current ones.