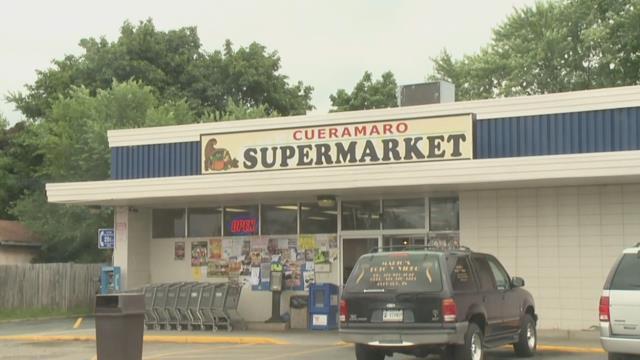 Elkhart Police are investigating an attempted robbery at the Cueramaro Supermarket on West Lusher Avenue around 1 p.m. Wednesday.

The manager at the store said customers started panicking after seeing two males outside the store - and one had a rifle.

The manager says she saw surveillance footage of one of the suspects drop the rifle behind the building and change clothes before entering the store.

According to the manager, she called police and locked the suspect inside until officers arrived.

During the search for the suspects, schools in the area were placed on lockdown.

The lockdown was lifted at 1:41 p.m., according to police.

The suspects were described as black males wearing dark clothing.

Police have recovered the gun left at the scene.