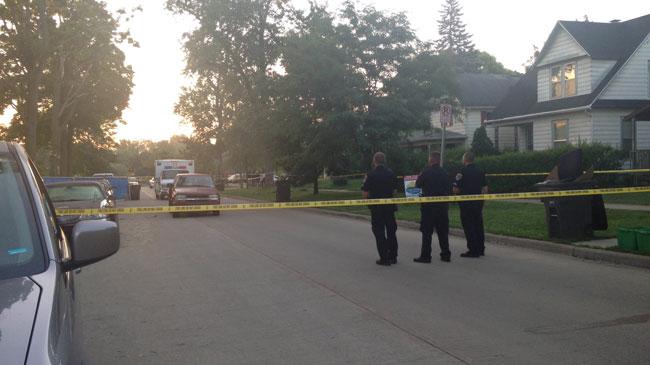 Three men were found shot and killed in Elkhart Sunday night, according to the Elkhart Police Department.

Officers were called to the 600 block of Strong Avenue at 11:14 p.m. for a shooting with injuries.

According to Elkhart Police, two armed men wearing masks forced their way into 660 Strong Avenue and began shooting. Two people were found dead inside the home and one was found dead outside the home.

Police said there were three other adults and four children in the home at the time of the shooting but none of these people were injured.

After the shooting, the suspects fled the area.

Police were still on the scene Monday morning.

“Right now we have crime scene technicians here collecting evidence so we have to get that collected and processed. We have detectives that are on scene talking to different witnesses,” said Sgt. Chris Snyder with the Elkhart Police Department.

Police said it appears they targeted the home and it was not a random act.

“We don’t feel that there’s any reason right now for anybody in this general area to be concerned for their safety. We’ve got a lot police officers here, a lot of officers driving around the area,” Snyder said.

The names of the victims have not been released. Autopsies will be conducted on Tuesday.