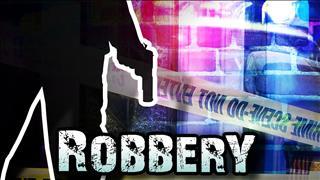 The Elkhart Police Department is investigating an armed robbery that happened Saturday morning at the Johnson Street Kroger.

According to reports, the suspect entered the store and went to the office area.

There, the suspect flashed a handgun to an employee and demanded money.

The suspect is described as a black man between 5’ 6” and 5’ 10” tall, and he was wearing a white or grey sweatshirt at the time of the robbery.

Police do not believe this robbery is related to another armed robbery taking place over the weekend at the McDonald's on South Main Street in Elkhart.

If you have any information about either robbery, call the Elkhart Police Department.