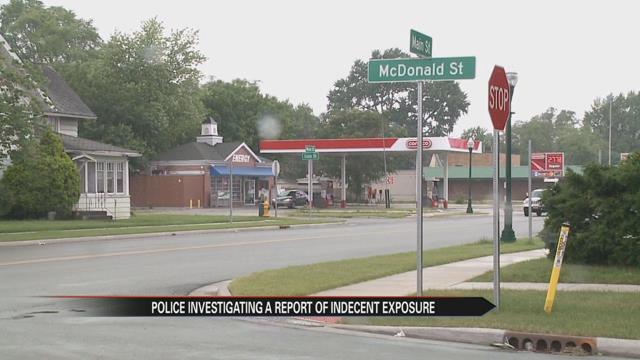 On Tuesday morning, Elkhart Police received a call about a man fondling himself while on the corner of Main and McDonald streets.

The incident happened around 8:30 a.m.

“There are a lot of kids around walking up and down these streets,” says nearby resident Arden Betts.

Betts says with school out he has noticed more and more kids enjoying their summer break.

“I just don't like that kind of stuff being around,” says Betts.

Carrie Hines is a grandmother of six living around the corner from where the incident happened.

Not only is she surprised by the early morning crime but says she now feels like the nighttime curfews she has given her grandsons may not be enough.

“It scares me. I always tell my grandkids if somebody hollers at them I'll give you a ride – I say take off running,” says Hines.

Neighbors in the area say they will have to keep an eye out.

“We might want to keep our kids real close because there are people who like to do stupid things and have no respect for other people,” says Betts.

Elkhart police say no arrests have been made. The suspect was a white male driving a blue van.