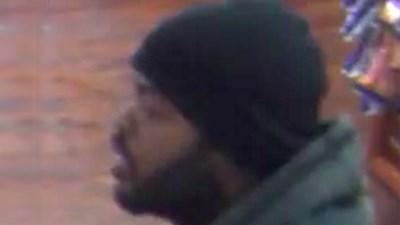 The Elkhart Police Department is seeking the public's help identifying a suspect and witness in a fraud investigation.

The surveillance photos released are from the Handy Spot Liquor Store, on W. Hively Avenue.

Police say on February 19 at 5:09 p.m., the suspect used a debit card to make a purchase from the store. Police say the debit card did not belong to him.

The suspect is described as a black male, wearing dark clothing and a black hat.

The woman with him, the witness, is described as a black female wearing a black coat.