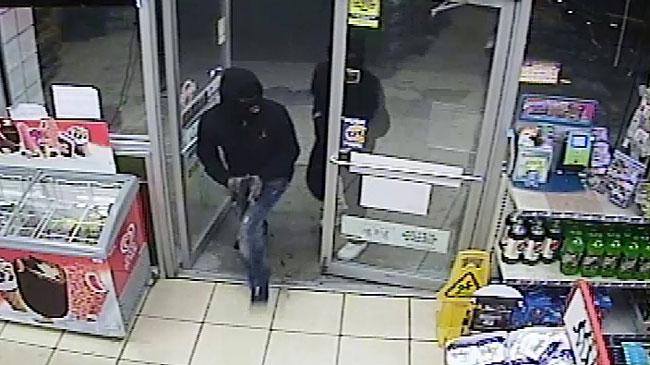 Elkhart Police have released surveillance photos of suspects in an armed robbery at the Marathon gas station on Prairie Street.

The victim told police he was working when three people came into the business. One of them punched him and held him at gunpoint while the other two took cash and cigarettes, according to police.

The suspects were described as males, possibly driving a silver SUV.