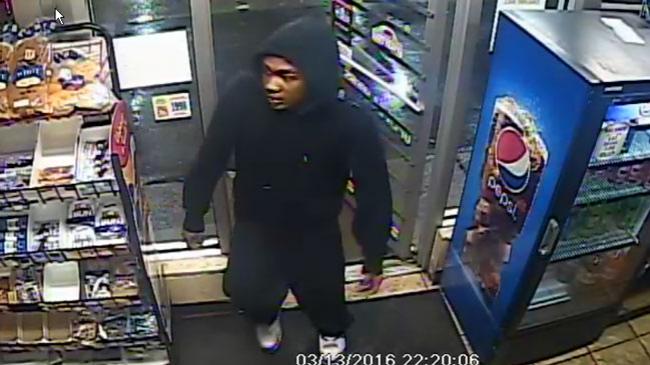 The Elkhart Police Department is asking for the public's help to identify a robbery suspect captured on surveillance cameras.

Three suspects entered the store and one had a handgun and demanded cash.

The suspect with the gun used the gun to strike the clerk in the head.

After taking the money, the suspects fled the area.

The photos are of one of the suspects in the robbery. He is described as black male, wearing black clothing and white shoes.

If you have any information on this robbery or any of the suspects, contact Det. Scott Hauser or the Tip Line at 574-389-4777.