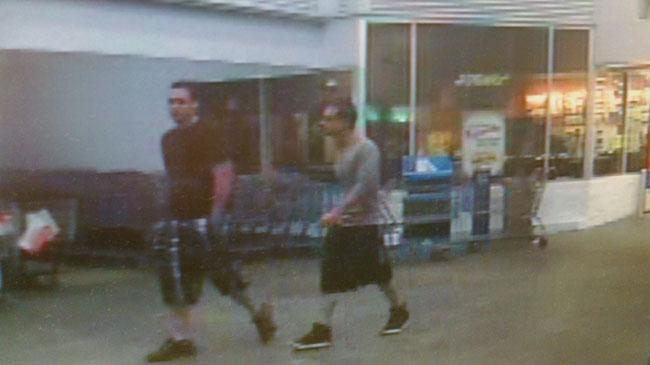 The Elkhart Police Department has released photos of two men who are suspects in a vehicle burglary and in the fraudulent use of a debit card.

On August 9, officers took a theft for a vehicle report. A debit card and other items were stolen from the victim's vehicle.

The theft happened during the overnight hours of August 6 to August 7.

The debit card was used to make a purchase at Walmart on Friday at 3:12 a.m., according to police.

Elkhart Police released surveillance photos of the suspects who were in a white Chrysler 300 with a sunroof.