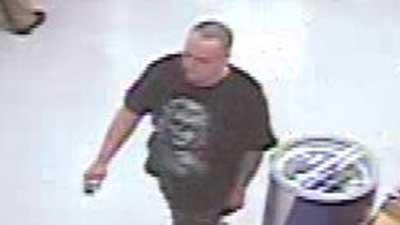 The Elkhart Police Department has released surveillance photos of a suspect who allegedly used a stolen credit card at several local businesses.

A credit/debit card was stolen from the vehicle.

A man was recorded on surveillance video using that stolen credit/debit card at several local businesses and at Walmart on CR6 West at 1:49 p.m. April 10.

The suspect appears to be wearing a black shirt and camouflage shorts.