Elkhart police to get new tasers 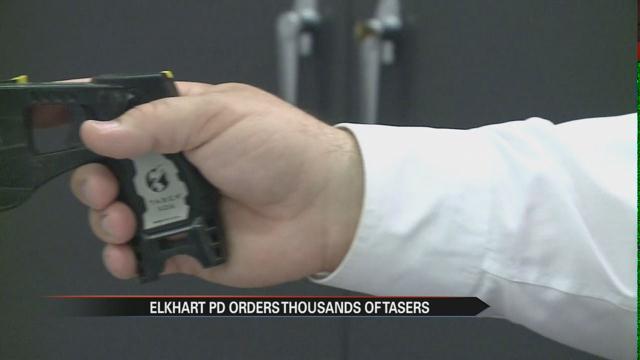 Police in Elkhart say they are in need of some taser upgrades, and now thousands of dollars have been approved by the Elkhart Common Council for them to do just that.

They say new tasers are needed because the old ones are starting to wear down and have lost their warranty.

The Elkhart board of public works gave the new tasers the OK without discussion earlier this week. And now that order is being finalized.

"With them starting over, now here in a couple years we can start looking at buying not as many at a time so it is not a big purchase in the future,' said Sgt. Chris Snyder of the Elkhart Police.

Police expect the new tasers to be digital as opposed to analog, meaning faster readings for voltage.

Part of those council approved dollars will go towards training officers on the new tools, which Sgt. Chris Snyder of the Elkhart Police says are essential to their police work.

He says that's because they are non-lethal and help safely control situations that arise.

"We just think it's a good idea for everybody to have one," said Sgt. Chris Snyder.  "It's a great safety feature."

Some taxpayers believe those city dollars should go toward other programs.

"They need to put the money in the city so we can keep people off the streets," said Elkhart resident Ryan Campbell.

After the order is finalized, police expect to receive the new tasers in the coming weeks.