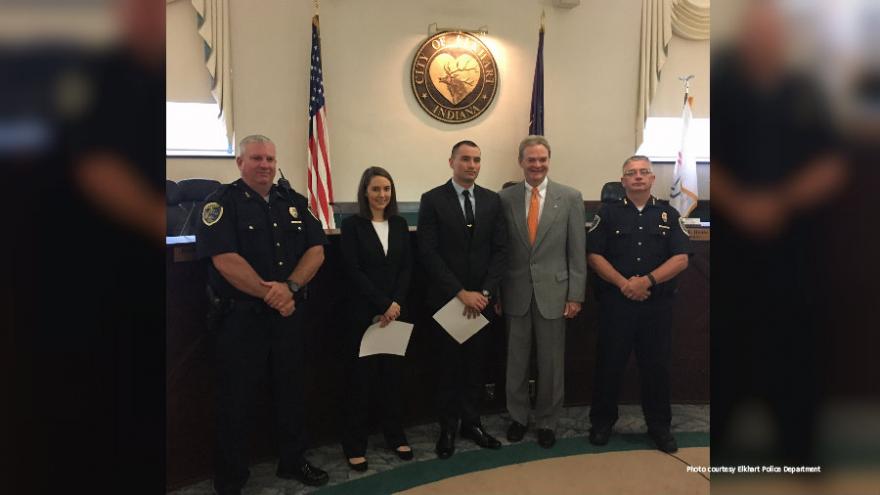 ELKHART, Ind. – You might see a couple of new faces patrolling your neighborhood if you live in Elkhart.

Hall and Watkins make up just two of the 124 police officers with the department.