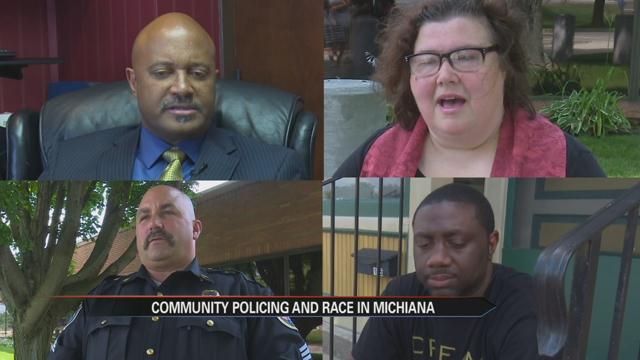 The city with a heart says theirs hangs heavy today.

A variety of residents of different professions and races say it is a devastating time in our country but they have different views on how the country can improve.

“I felt grieved for them,” says Reverend Amy DeBeck of Unitarian Universalist Fellowship of Elkhart.

Citizens of Elkhart agree the violence that erupted this week hits every community nationwide.

“Ya know crime can happen anywhere at any time,” says Sergeant Snyder.

After a gunman killed five officers in Dallas because he was angered by police-involved shootings in Louisiana and Minnesota local leaders hope Elkhart County will remain united.

“This country was designed to be a melting pot and yet there is so much effort being made to segregate us away from that pot,” says Hill.

Hill says labeling is a key factor in racial tension and with decades in the courtroom he knows the importance of being impartial.

“Black this, gay that, white that, female this, again it’s about America. America is one group bound by freedom," says Hill.

But some say statistics make it hard not to look at race.

“It seems like there is a genocide going on that’s killing black young males,” says Brown.

Brown was out today passing out cards that show people how to deal with getting pulled over by the police.

On Friday Reverend DeBeck showed her support for law enforcement by bringing the Elkhart Police flowers and baked goods but says her work doesn’t end there.

“As a white pastor of a mostly white congregation we have to learn how to be better allies how to understand what institutional racism looks like,” says DeBeck.