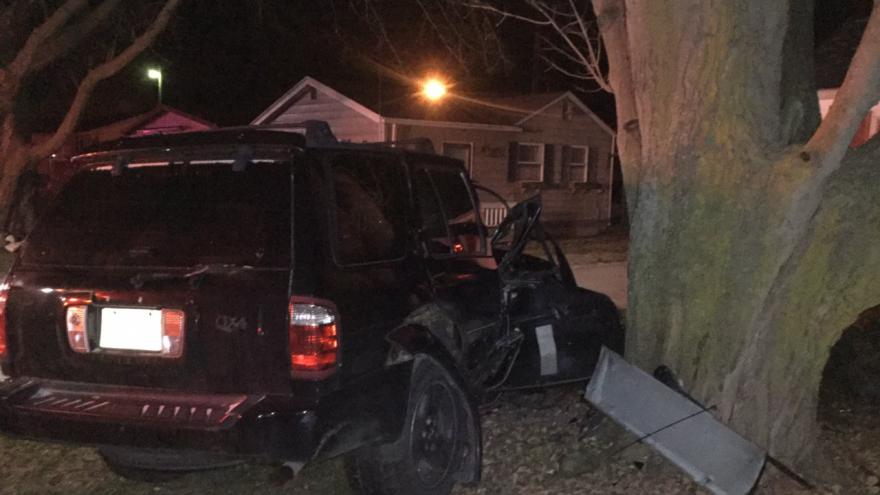 CASS COUNTY, Mich. -- An Elkhart man was killed after running off the roadway in Cass County Friday evening, according to deputies.

On Feb.8 at approximately 10:26 p.m., deputies were called to a personal injury crash in Porter Township that occurred on Sunset Boulevard near South Beechwood Street.

Officials say 39-year-old Travis Schlabach was traveling south on Sunset Boulevard when he lost control of a vehicle, running off the roadway and crashing into a tree.

Deputies say Schlabach succumbed to fatal wounds as a result of the crash.

Seatbelts were not worn and speed is a possible factor in the crash, deputies say.