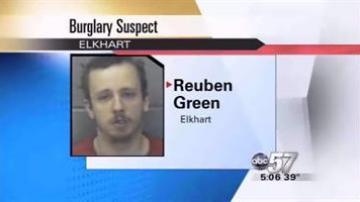 ELKHART, Ind. -- An Elkhart man who police are calling a serial thief is behind bars

Reuben Green, 22, was spotted running from a Pizza Hut on Cassopolis Street right after the alarm had just been triggered.

That's when police caught and arrested him.

During their investigation officers noticed three other businesses had also been hit including a Long John Silver’s, Marco’s Pizza and Lowell’s Barber Shop.

All of them are on the same street. Green is facing nine counts.