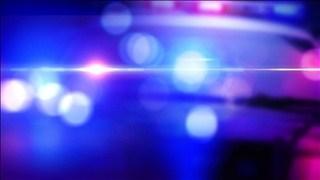 A 14-year-old teenager led officers on a chase in a stolen vehicle Thursday night, according to Elkhart Police.

Police say a person had reported their vehicle stolen and then saw it being driven down the road.

Officers attempted to pull the vehicle over on East Jackson Street when the teen took off, leading police in circles.

The teenager crashed the vehicle and ran away from police.

Officers say they were finally able to apprehend the suspect on Hidden Oak Place.