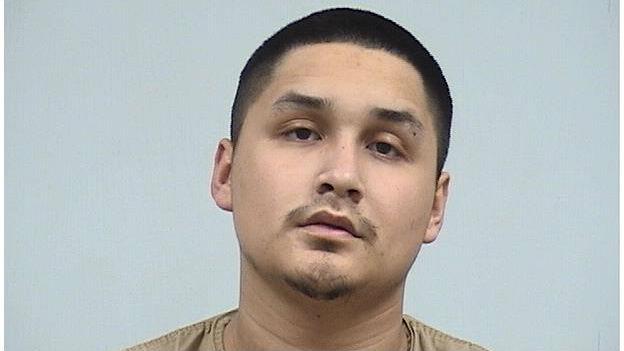 Police say they stopped a vehicle around 3:40 a.m. in the 500 block of Sherman Street in Elkhart.

During their investigation, officers determined the driver of the vehicle did not have a driver’s license, so he was taken into custody.

Police say the driver was found to be in possession of a false identification card.

Officers say they also smelled marijuana coming from inside the vehicle so they conducted a search of the vehicle and found approximately 190 grams of cocaine. They also found that the passenger was a runaway during that investigation.

According to police, the passenger was also in possession of about 94 grams of marijuana and a locked lock box. Officers obtained search warrant for the lock box and inside the located cash, paraphernalia, approximately 10 grams of cocaine, over 10 grams of marijuana, and over 50 pieces of LSD.

18-year-old Jesus Sonora of Elkhart was arrested for possession of a false ID, operator never licensed and dealing cocaine.

A 16-year-old male was arrested for dealing in cocaine, dealing in marijuana, dealing in a controlled substance and possession of paraphernalia.