Elkhart woman dies in crash on I-65 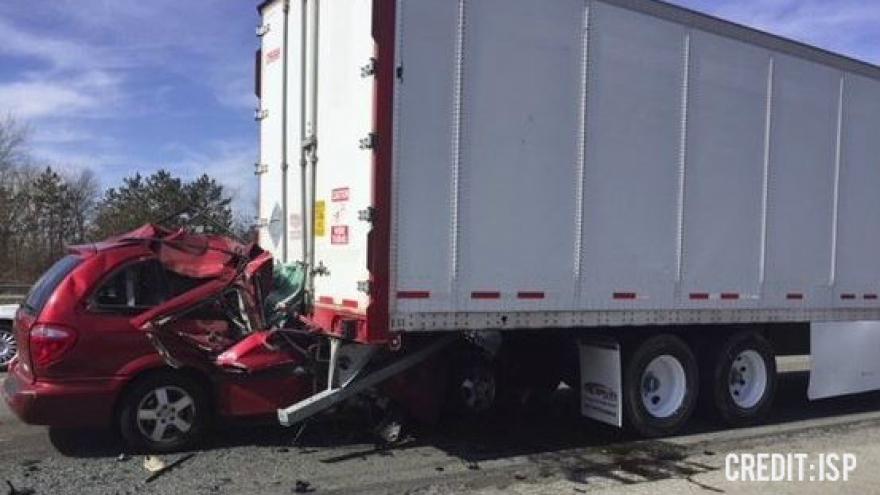 NEWTON COUNTY, Ind. – An Elkhart woman died after a two-vehicle crash on I-65 Monday afternoon, according to Indiana State Police.

Master Trooper Fred Trammel confirmed that Anastasia Chapman, 23, was driving a 2007 Dodge Grand Caravan northbound when she rear ended a semi-tractor and trailer.

According to ISP, traffic was backed up for pothole repairs about a mile north of the crash location.

The driver of the semi-tractor, 28-year-old Derek Juhl was not injured.

The Newton County Coroner pronounced Chapman dead at the scene.