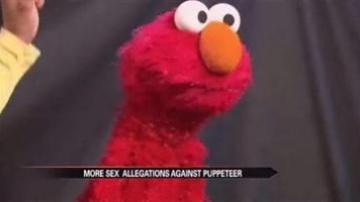 The man behind the Sesame Street character Elmo resigned after new allegations of sexual assault.

A second person claims Kevin Clash sexually abused him. The victim said the abuse started when he was 15.

The voice of the Elmo denied similar accusations last week.

The victim in the first case has filed a lawsuit against Clash.

Sesame Street Productions has not responded to his resignation.