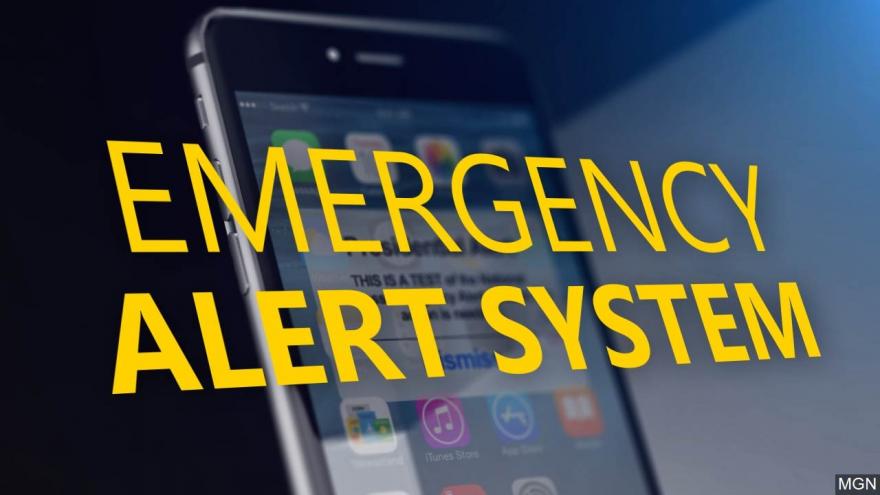 WASHINGTON (AP) — About 225 million mobile devices across the U.S. will receive a test emergency alert Wednesday.

It's the first nationwide test for a wireless phone emergency alert. It will be sent at 2:18 p.m. EDT.

The Federal Emergency Management Agency says it'll sound like an Amber Alert or flood warning. The subject will read: "Presidential Alert." The text will say: "THIS IS A TEST of the National Wireless Emergency Alert System. No action is needed."

A test of broadcast systems will happen at 2:20 p.m. EDT.

FEMA officials say the test will last about a half-hour so some people may get it at different times. They expect about 75 percent of all wireless users to get the alert. The alert would be used in the event of a major nationwide emergency.