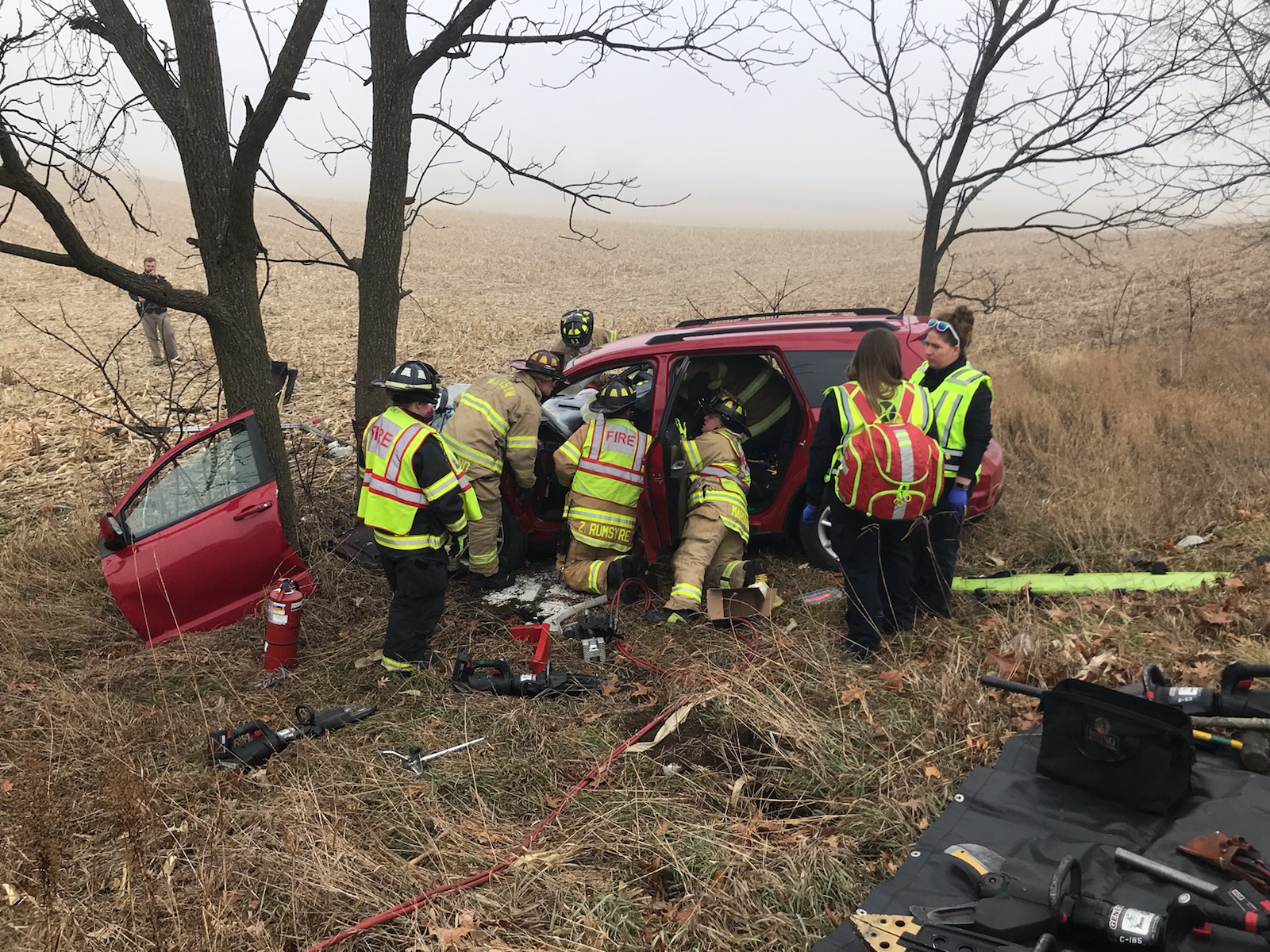 KOSCIUSKO COUNTY, Ind. – Emergency personnel were called to the scene of a car collision at 11:30 a.m. Monday at the intersection of Packerton Road and E. 400 S in Kosciusko County.

According to the Kosciusko Police Department, 36-year-old Nicole Smith of Pierceton was driving northbound on Packerton Road and then failed to stop at County Road 400 S.

After crossing the roadway and striking a stop sign, Smith’s car went down an embankment and hit a tree.

Police say that there was heavy fog at the time of the crash.

Firefighters were able to free Smith from the vehicle. There was also a minor riding in the backseat of the car, but they did not sustain any injuries.

Smith was transported to a Fort Wayne hospital by EMS, with a complaint of pain.