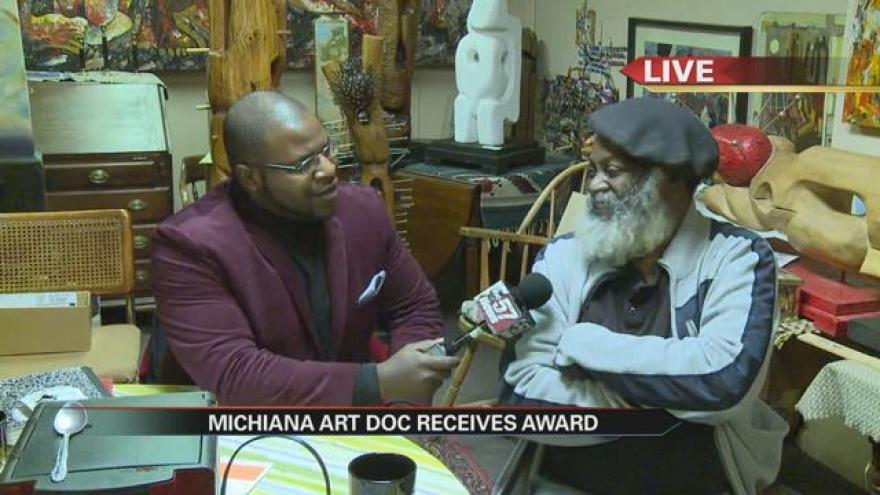 A Michiana documentary has won an Emmy- while also putting a spotlight on local artists. The local art scene is vibrant, but it's kind of hard for artists to get their name out to the country. This documentary hopes to change that.

It tells the story of two local artists in flyover country, trying to making a living off of what they do. Of course, that's the hardest part.

The film took home a regional Emmy in Chicago for Outstanding Achievement in Arts and Entertainment programming. And the production house behind it says it's all about showing the world that there is talent in unexpected places.

"The projects that are dear to our heart and self funded like this one, this is where we are focusing really on our community," said Andrea Rogers, president of Grass Roots Media. "Where we live, where we were founded, where we have grown. There's so much here that's not known"

Jake Webster is one of the artists featured. He does sculptures, painting and poetry out of Elkhart. You can learn more about him in the video above, and check out the documentary at Grass Roots Media's website.