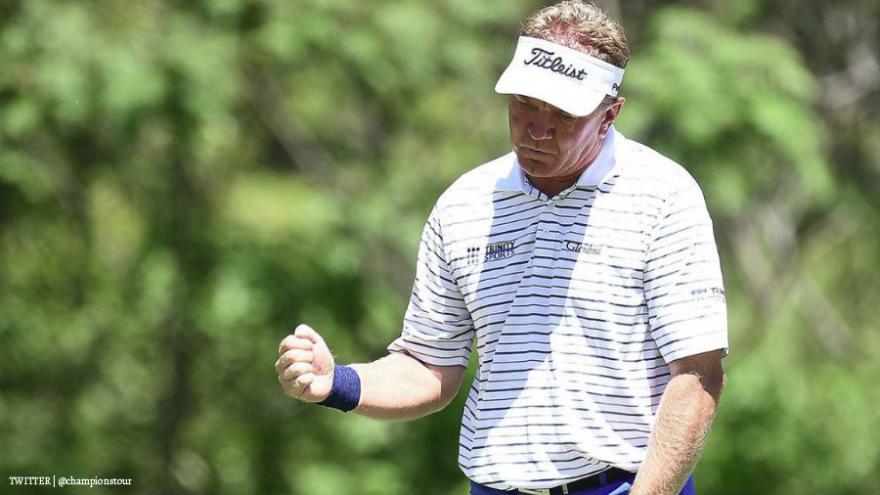 BENTON HARBOR, Mich. (AP) — Paul Broadhurst shot an 8-under 63 on Sunday to win the Senior PGA Championship by four strokes and match the best 72-hole score in tournament history.

The 52-year-old Englishman finished at 19-under 265 at Harbor Shores for his second senior major victory. The 63 was the best fourth-round score by a winner. Rocco Mediate also shot 19 under at Harbor Shores in 2016.

Also the 2016 British Senior Open winner, Broadhurst led the field with 26 birdies and passed third-round Tim Petrovic and Mark McCarron with a 4-under 31 on the back nine.

Broadhurst earned a career-high $585,000 for his fourth PGA Tour Champions victory. He won six times on the European Tour and has three European Senior Tour victories.